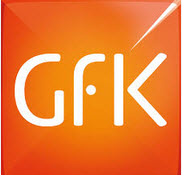 Global smartphone sales made $96bn (£60.9bn) in the first quarter of 2015, up eight per cent year-on-year and breaking records for sales in Q1, with 4G adoption and strong growth in North America and Africa driving revenues.

According to the latest research from GfK , there was a seven per cent increase year-on-year to 309.7m units in terms of units sold, up from 290.1 in Q1 2014. This saw most growth coming from the Middle East, Africa and emerging APAC markets. However, drops in sales volumes in China and developed APAC economies hurt these figures.

The figures, released by market research firm GfK, point to sales of larger screen devices (with screen sizes of 5″ or larger) and increases in demand for 4G smart phones as primary drivers globally, and predict that the slowing growth in mature markets like China and Japan is more of a temporary hiccup caused by market factors.

“The weakness in China was caused by a significant slowdown in 3G demand, which was not offset by 4G growth,” said Kevin Walsh, director of trends and forecasting at GfK. “We forecast China to return to growth in the second half of the year, driven by a continued 4G ramp-up.

“In Developed Asia, the year-on-year decline was caused by tough comparisons with Q1 2014, when demand was pulled forward in Japan due to an upcoming VAT increase in April. We forecast unit demand in Developed Asia to grow by more than three per cent year-on-year in 2015, driven by Japan and South Korea, which are expected to return to growth in 2015.”

Low-end smartphones saw their market share increase to 56 per cent, up from 52 per cent in the previous quarter, while mid-range devices stayed stable and high-end models (those sold for $500 or more) dropped, largely due to continued price erosion in emerging markets.

Overall, while the start of the year has seen record-breaking sales, 2015 is expected to see slowing growth as more and more markets reach saturation, with emerging economies not yet strong enough to pick up the slack.

“GfK forecasts global smartphone unit demand to grow more than 10 per cent year-on-year in 2015, a slowdown from the 23 per cent growth experienced last year,” said Walsh. “Emerging Asia is forecast to be the fastest growing region, driven by India and Indonesia, where low smartphone penetration leaves plenty of room for growth.”