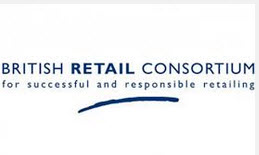 According to the BRC-KPMG Retail Sales Monitor October 2016, the UK has seen improved growth across all categories in online sales, in the best month since January 2016.

Online sales of non-food products grew by 11.1 per cent in October, compared to the same time last year, according to the BRC-KPMG Retail Online Sales Monitor for October 2016. Last year, sales in October were 9.2 per cent ahead of sales the previous year.

Helen Dickinson, chief executive of the BRC said, “There are signs that the Christmas trading season is well underway, notably for the health and beauty category, which received a boost from online sales of gift sets, making it October’s top performer. Online continues to account for a large proportion of non-food sales with over £1 in £5 being spent online; however, stores also made a positive contribution – the best since January.

“The choice and convenience provided to shoppers by digital channels have intensified competition over the years and will continue to do so. While retailers have succeeded to date in protecting customers from rising costs, online channels continue to become increasingly valuable as a source of information to the price sensitive customer, against a backdrop of economic uncertainty.” The electronics, health and beauty and women’s fashion and accessories all performed strongly.

Paul Martin, UK head of retail at KPMG said the month had seen an online shopping bonanza. “Digital baskets were brimming with health and beauty products, with the category being the best performer of the month – no doubt boosted by carefully placed promotions,” he said. “Compared to the high street, online sales of women’s clothing and accessories performed much better. With the days drawing shorter and colder, perhaps shoppers were happier browsing the collections online than braving the high street.

“With Black Friday nearing, November will mark one of the busiest online shopping periods of the year. Retailers will need to ensure they are poised to hit the ground running as shoppers log-in to snap a bargain.”