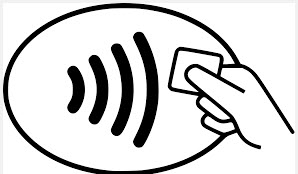 Despite concerns that the UK mass market wasn’t ready for contactless payments, UK credit and debit providers have released data showing that shoppers have embraced the technology.

MasterCard has revealed that the amount of spending by British consumers on its contactless cards has increased more than five-fold in the last 12 months to show a 560 per cent year-on-year growth. MeanwhileBarclaycard has said that contactless spending amongst its users has more than trebled to increase 150 per cent by value and 134 per cent by volume year-on-year.

And both companies say they are only expecting this figure to keep growing as the amount consumers can spend on their contactless cards rises to £30 on September 1.

According to MasterCard’s UK spending data, the number of contactless card transactions made with MasterCard quadrupling since last summer (a 457 per cent rise).

And customers are becoming increasingly confident about using the technology, with MasterCard finding that cardholders have on average doubled the number of times they tap to pay each year since 2012.

The average purchase amount has also risen dramatically, reaching £7.29 by July this year, which MasterCard says is a good indication of the need to raise the contactless limit to £30.

“The pace of growth we are seeing in contactless is getting ever faster as we rely less and less on cash,” said Mark Barnett, president of MasterCard UK & Ireland. “Consumers enjoy the speed and convenience of tapping to pay. We expect this upward trend to persist with consumers continuing to migrate to contactless card payments and increasingly to mobile payments, as we work with partners such as Apple to enable more convenient ways to