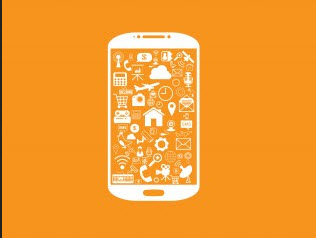 According to the latest research from the Internet Advertising Bureau UK (IAB), 10 per cent of the UK’s top brands are still running mobile display advertising across non-optimised sites.

Over 80 per cent of the top 250 UK advertisers have a mobile optimised site, with half of those being developed using responsive web design. For the 10 per cent that have failed to optimise, they run the risk of missing a huge chunk of their audience as a result.

The top 250 mobile audit is the seventh mobile audit released by the IAB. It was carried out in February 2015 and it takes an in depth look at the uptake of mobile across the top spending advertisers in the UK. The aim of the study is to highlight areas where the uptake of mobile is strong and inspire those brands that are still getting to grips with it.
Mobile optimisation & top performing sectors

The research has revealed that over 10 per cent of the top 250 UK brands are running mobile display campaigns without a mobile optimised site. However eight in 10 of the leading brands do have a mobile optmised site, half of which are responsively designed.

Retailers are lagging behind

The majority (64 per cent) of the top spending UK retailers have a transactional mobile site, however this has only increased by four percentage points in the last two years. A large percentage (68 per cent) of the top 250 UK advertisers have an app but when looking at the retail sector specifically only 32 per cent had a transactional app, an increase of only two percentage points since June 2013.

Positively, the finance sector has really advanced in the last 12 months. Looking back at the IAB’s 2014 data, 58 per cent of finance brands with a data capture form on mobile had not optimised that page for the device. The 2015 data revealed a better performance from finance advertisers, with only one brand in the audit making the same mistake this time around.

Looking at app downloads the IAB partnered with analytics platform App Annie* to provide the top 100 apps (ranked by 2014 downloads) for the brands audit. There were several retail advertisers such as Argos, eBay, Kindle and Amazon at the top of this list, suggesting that if a brand does mobile well it can reap significant rewards.

Some brands still have no mobile presence

As part of the study, each brand was given a mobile score, based on 10 mobile KPI’s. Amongst the brands that scored 8 or above and were classed as ‘star performers’ were Disney, Tesco, Seat and Lego.

IAB’s Senior Mobile Executive, Mike Reynolds said, “The audit shows that brands are finally putting mobile as a top priority, which is great to see. There are still some gaps though, especially when you consider that brands are spending their budgets on mobile advertising, however their shop fronts still aren’t optimised for mobile. Over the next 12 months I foresee that brands that have achieved the basics of mobile will focus on building on the quality of their mobile presence.”

Explicitly promoted brands were considered those that included the brand name within the publisher, app name or app description text as at 17 March 2015.

The 10 KPIs that the mobile score was based on were: