German-based print on demand company Spreadshirt announced a strategic plan to focus on the US as part of a strategy to build a billion dollar business, as it announced a 40 per cent increase in smartphone orders in 2016. Spreadshirt, which calls itself the ecommerce platform for spreading ideas on something tangible, said that the… Read more »

It’s the start of the New Year and I have decided on a new strategy, a strategy that will hopefully give my business more visibility, credibility and a name in the marketplace.

Topps Tiles reported that its strategy focused on offering its customers multichannel convenience, while inspiring them to buy its wider range across sales channels, is paying off.

Joules has appointed a chief customer officer as part of a restructuring of its marketing and ecommerce teams as it looks to grow the business.

Despite reporting an increase in profit, shares in Carpetright fell 16 per cent after the retailer warned Brexit could hit consumer confidence and exacerbate the already ‘more challenging’ trading conditions at the start of the year. 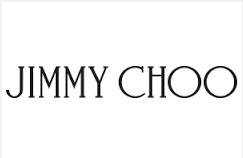 ﻿Jimmy Choo reported half year results with news that its digital marketing strategy came to the fore in a half-year that saw sales and profits rise. Looking ahead, the luxury shoe brand is now working to roll out omnichannel services and technology across its global business.