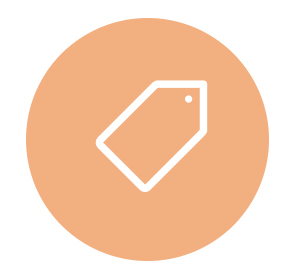 On Thursday 19th February consumers across China and in many parts of the world will celebrate the Chinese New Year, Year of the Sheep. From banquets in Beijing to designer handbags in Hong Kong, one of the most popular periods for Chinese consumers to spend their hard earned cash is during this holiday season.  Auckland Airport reported that Chinese New Year is worth over $100 million to New Zealand alone. But before you embark on running a Chinese New Year campaign, make sure you are aware of the traditions that surround this unique celebration.

In China, the holiday period is seen as a time to spend quality time with family and friends with the inclusion of exchanging gifts. A seven day national holiday immediately follows the New Year; and the China Tourism Academy estimates 250 million Chinese will be travelling the week after New Year celebrations, with up to 40  per cent  intending to travel overseas.

Unlike many UK businesses which shut down during a national holiday, in China shopping centres extend their opening hours, restaurants remain open and major attractions and theme parks operate as usual. What makes it highly attractive for international e-commerce, is that it is the longest public holiday in China as most Chinese will be off work from Wednesday, February 18th (New Year’s Eve) to Tuesday, February 24th. A perfect opportunity to capture new customers, retain market share and promote growth.

During the Chinese New Year, it is considered lucky to purchase new clothes for the forthcoming year. This tradition has led to the January haute couture shows in Paris becoming an annual shopping trip favourite for the fashion forward elite.

If you offer shoes on your e-commerce site, note that while it is considered lucky to purchase new clothes, it is seen as unlucky to buy new shoes during the first fortnight of the New Year.

Luxury shoemaker Charlotte Olympia tapped into this cultural insight by displaying a message on her e-commerce site reassuring Chinese customers that their order will be delivered before the unlucky Chinese New Year cutoff date.  The shoe designer also celebrated the 2014 Chinese New Year with her Chinese horoscope inspired Eastern ‘Cosmic Collection’.

Part of the Chinese holiday gifting tradition includes the exchange of red envelopes. In each red envelope cash is presented by married couples to unmarried relatives and children. With the Chinese consumer now front of mind for many international retailers, we can see an increasing amount of brands using the tradition of ‘red envelopes’ in their Chinese marketing campaigns.

Earlier this year, Editor of Vogue China, Angelica Cheung, posted on Sina Weibo an image of a pile of branded “red envelopes” by luxury retailers Celine, Gucci, Fendi and Hugo Boss. “Western brands are becoming Eastern. Red envelopes are becoming prettier and prettier as they contend for supreme beauty”, she wrote.

Many luxury brands embrace the Chinese New Year by producing special edition products. Last year, Gucci offered to emboss “lucky characters and symbols” such as “double happiness” and “longevity” on products purchased by Chinese clients. TagHeuer and Tiffany gave out Year of the Horse envelopes, while Fendi filled their red envelopes with gold chocolate coins.

According to China Luxury Advisors, at least 20 luxury foreign brands rolled out limited-edition products globally for the Chinese New Year in 2014.

”Chinese New Year is a good time to connect with Chinese clients on a cultural level and show respect,” says Renee Hartmann, co-founder of China Luxury Advisors. Hartmann continues, “We can see that brands are now making more efforts to increase awareness of the Chinese culture”.

Some of the biggest opportunities in global e-commerce are campaigns centered on local events both traditional and newly emerging. With this in mind, Oban Digital has launched a calendar that aims to uncover some of these hidden gems from around the world. Events that could help improve your understanding of global markets and provide inspiration for your global digital marketing campaigns.