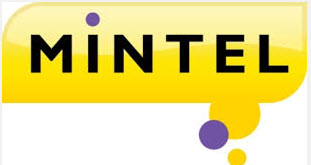 The latest research from Mintel suggests that by 2020 store-based retailers will account for 48 per cent of all online sales, down from 51 per cent in 2014, as pure play ecommerce takes the lead.

Growth in total online sales slowed to 13.2 per cent in 2014 following surprisingly strong growth of 15.3 per cent in 2013. This represents a return to a longer term trend of decelerating growth as the market matures and Mintel says it expects this to continue over the next five years.

What’s interesting is that it seems that the in-store experience and online purchasing are working in tandem. Mintel’s research shows that internet retail sales made by companies without stores are expected to overtake online sales by store-based retailers for the first time in 2015.

Consumers are increasingly appreciating the benefits offered by strong multi-channel operators that are able to combine the strengths of selling online and in-store, such as Dixons and John Lewis. Meanwhile, pure plays have come to realise that they can’t afford to keep on selling at ultra-low prices if they want to be profitable and instead need to focus on playing to their strengths of offering convenience and breadth of range whilst working to improve service.

Online retail sales are estimated to hit £43.3 million in 2015 and Richard Perks, Director of Retail Research at Mintel, says, “Online is best at selling goods which are bought on specification or where a wide range is demanded – so books, music and electronics. Stores are best for goods where seeing the product is more important or where customers are going to need help in making their choice. One of the great strengths of a store based retailer is that it makes the selection for the customer. Online retailers generally leave the selection to the customer who can then be confronted with a huge choice.”

Today, over half (53 per cent) of online shoppers say they would like to be able to order goods online and pay for them in-store, while 48 per cent say they use click-and-collect services to avoid paying delivery charges. Despite this demand for the support of a store network, Mintel’s forecast suggests that by 2020 store-based retailers will account for 48 per cent of all online sales, down from 51 per cent in 2014.

Perks says, “For online pureplays the challenge will be to provide the levels of service that store-based retailers are able to offer. We are starting to see some of them open physical outlets but this is likely to increase their costs and further erode the price difference between in-store and online. It could also play into the hands of store-based retailers which already have the multichannel experience to effectively edit an online range for displaying in-store. For store based retailers the distinction between selling online and in-store is becoming increasingly academic as shoppers use them interchangeably. The key for retailers in the future will be to offer as good a service as possible through whichever channel customers want to use at the time.”

Finally, Mintel’s research highlights the artificiality of making a distinction between mobile and other devices. When shopping from home, laptops dominate, 87 per cent used a laptop or desktop computer for shopping at home in the past 12 months, followed by smartphone (33 per cent) and tablets (32 per cent). When shopping away from home, smartphones are the most used device (17 per cent), but laptops are used more often than tablets – 12 per cent use a laptop and just 10 per cent a tablet.

“Online is putting consumers back in control. They are better informed and much less inclined to give a retailer the benefit of the doubt. For retailers the key will be great service whether that is in-store or through whichever device the customer wants to buy online. Seen from that perspective it is clear that the challenge for the future will not be about how stores can compete against online, but about how online pure players can make up for not having stores,” concludes Perks.