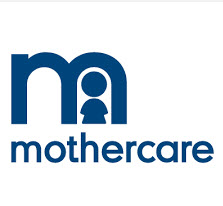 Despite booming ecommerce sales, Mothercare announced group sales of £349.9 million in the half-year to October 10, 6.1 per cent down on the same period last year.

Mobile has driven fast growth in ecommerce sales at Mothercare, with visits from customers’ own devices accounting for 56 per cent of online orders and 80 per cent of traffic in the first half of the nursery retailer’s financial year.

The fast digital growth came as the retailer for parents of babies and young children refurbished stores – around 20 per cent will have been upgraded with a more modern look and feel by peak trading.

Chief executive Mark Newton-Jones said that a year into its turnaround, Mothercare was making good progress against its strategy, which had resulted in first-half profits more than doubling. He said, “Our work to return the UK business to profitability continues to pay off,” he said, “with growth in both gross margins and like-for-like sales. Improved product architecture, better buying and a focus on full-price retailing helped drive the stronger margin growth. Our new store format is going down well with customers and these refurbished stores are delivering encouraging uplift in both sales and profit. The UK is annualising against our new trading approach and is performing well, but there is still more work to do.”