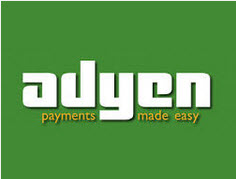 According to the latest information in Adyen’s Mobile Payments Index mobile ecommerce is on the up again, with the UK leading the way – 44.4 per cent of online payments in the UK during Q1 2015 were made using a mobile device, and two thirds of these were made using a smartphone.

Overall, 27.2 per cent of online transactions globally during Q1 2015 made from a mobile device (tablets and smartphones). That’s an increase of 39 per cent on the same period last year.

Roelant Prins, Chief Commercial Officer, Adyen said, “Tablets may well be approaching market saturation but thanks to retailers and businesses focusing on optimizing the payment process for the channel, they are attracting increasing spend as consumers become more comfortable using these devices to pay for things online. There has been a seismic shift in how and where people are comfortable spending money. All mobile channels in the past 12 months have experienced impressive uplift.