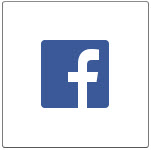 Facebook is expanding its reach in Africa, giving free internet access to 17 countries in Africa via a deal with telco Airtel Africa, nine of which will be entirely new territories for the service.

Free Basics is part of Facebook’s somewhat controversial Internet.org initiative to bring internet connectivity to everyone around the world. The app provides a glimpse into the internet by offering a collection of free services like Wikipedia and, of course, Facebook, that people can use without accruing any data charges. The apps and services available are largely dependent on the country and partnership Facebook has with the telecom provider in the area.

However, one key consistent aspect of Free Basics is its ease of access to Facebook, which some critics have called a “walled garden” that inhibits net neutrality.

Facebook has, to date, brought free basic internet services to people in 29 countries, including 14 in Africa, and brought more than 15 million people online. Free Basics is now available to more than one billion people across Asia, Africa and Latin America.

“Connecting people across the African continent is critical to our mission. We’re going to keep pushing forward to develop new ways to bring people online until the whole world is connected,” Facebook founder Zuckerberg said.

Zuckerberg also mentioned the company’s satellite deal for sub-Saharan Africa, which will begin in 2016.