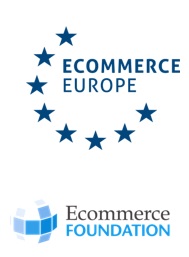 With around 296 million e-shoppers in Europe, each spending an average of €1,540 online last year, the report provides a promising outlook for the ecommerce industry. And there is still more than enough room for further growth. “Today, only 43 per cent of the European population shop online, and 16 per cent of them buy in another country. Moreover, 16 per cent of SMEs sell online and less than half of them sell online across borders (7.5 per cent). The full potential of the European ecommerce market has not yet been reached”, said Marlene ten Ham, Ecommerce Europe’s Secretary General, during the Summit.

The United Kingdom is leading when it comes to the size of their B2C e-commerce market (€157.1 billion) and the average spending per e-shopper (€3,625). However, in terms of the number of eshoppers, the Germans have a greater market presence than their British counterparts (51.6 million vs. 43.4 million). It is perhaps surprising that none of these ecommerce power houses features in the top 10 of fastest-growing B2C e-commerce markets. Ukraine is at the top of the list (with a growth of 35 per cent compared to 2014), closely followed by Turkey (34.9 per cent) and Belgium (34.2 per cent).

However, there are still several barriers to overcome in order to unlock the full potential of the e-commerce sector in Europe according to the recently published Cross-border E-commerce Barometer 2016. The three main challenges for merchants striving to expand their business cross-border are legal fragmentation, taxation issues (VAT) and logistics/distribution. This is why Ecommerce Europe’s mission is to stimulate cross-border e-commerce through lobbying for better or desired policy by calling among others for simplified and more harmonized consumer rules, improved and innovative online payment systems, as well as open standards and more efficiency in parcel delivery.

These figures come from the European B2C E-commerce Report, which was commissioned by Ecommerce Europe and created by the Ecommerce Foundation. The report provides an overview of European ecommerce figures, including online sales, number of Internet shoppers and the share of ecommerce in the European GDP.

In addition, the European B2C E-commerce Report 2016 offers the main figures of 25 key European markets in terms of e-commerce. Through the practical infographics, the reader can gain a better understanding of the status of ecommerce in these countries.