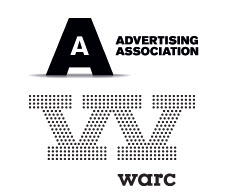 In 2014, UK ad spend hit its highest rate since 2010 as it increased by 5.8per cent to £18.6bn, according to a report released by the Advertising Association and Warcs.

This strong growth is forecast to continue, with adspend predicted to break the £20bn barrier in 2016. Internet advertising was up 15.0 per cent while mobile continue to grow strongly at just below 60 per cent. It was digital advertising through traditional channels that showed the biggest change in 2014. Broadcast video-on-demand was up over 15 per cent, and digital national grew 16.4 per cent.

Tim Lefroy, Chief Executive at the Advertising Association said, “It’s time to stop thinking of digital as something that lives on the internet. In cinemas, outdoor, news, television and elsewhere, advertising is seizing the opportunity of new technology. That trend is transforming our media, driving growth and keeping UK advertising ahead of the global competition.”

The Advertising Association/Warc Expenditure Report is considered by many to be the definitive measure of advertising activity in the UK. It is the only source that uses advertising expenditure gathered from across the entire media landscape, rather than relying solely on estimated or modelled data. With total market and individual media data available quarterly from 1982, it is the most reliable picture of the industry and is widely used by advertisers, agencies, media owners and analysts.