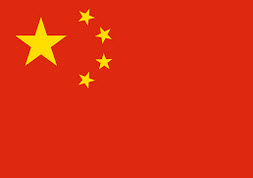 In a huge turnaround for the industry, China has confirmed that from now on foreign companies will be allowed to have full ownership of ecommerce business.

In a statement released on 19th June the Minister of Industry and Information Technology confirmed the news, apparently in order to help the country in terms of foreign investments and development within the industry.

According to the ministry’s website, the decision will be effective immediately and will be implemented online data and trade handling businesses. It was additionally stated that ecommerce development has been aided by low taxes and fewer restrictions on trade across the border have helped build the industry.

The announcement follows a move in January 2015 easing restrictions on foreign investors and allowing them to enter the e-commerce industry. Reuters quoted a spokesperson from the Ministry saying, “permitting full foreign ownership] supports our country’s e-commerce development, encourages, and brings in active participation of foreign investment, and further excites market competition.,”

To date China’s ecommerce industry has been dominated by companies such as Alibaba and JD.com. While some global giants operate in the country, including Amazon and Wal-Mart, development has been severely restricted as the government has been strongly focused on the importance of Chinese control

The news suggest that the domestic industry may now face increased competition amid a potential inflow of foreign investment. The digital sector, and ecommerce in particular, are particularly strong performers in China. Alibaba, Tencenet Holding and Baidu are capitalised in the hundreds of billions.

Given that fact that the Chinese ecommerce market is expected to grow 10x by 2020, to a value of $250 billion, this shift in policy is significant. With massive growth – over 64 per cent of which is expected to come from incremental market growth with an increase of demand for high-quality imported goods – comes an immense opportunity in the ecommerce sector.