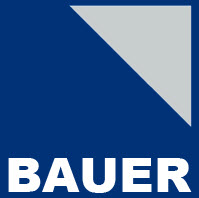 Bauer Media has announced the launch of a new ecommerce platform, Dabbl, as part of its ongoing investment into digital products.

Dabbl (http://www.dabbl.co.uk/) is a new voucher sales website gives consumers the opportunity to purchase discount deals from well-known brands across the UK. It will host vouchers for restaurants, holiday breaks and shopping,  and launches with brands such as Zizzi, Pizza Hut, Toby Carvery, Reel Cinema, Superbreaks, Lightwater Valley and Donald Russell.

The media company already has a strong presence in print and online magazine brands, including Heat and Grazia, and radio stations Kiss FM and Magic. It also has a 50 per cent stake in British TV company Box television, the other half of which is owned by Channel 4. With a reach of 22 million UK consumers, its audience rivals the BBC’s.

But with the state of readership declining, Bauer needs to diversify. Figures from comScore show that Bauer’s unique monthly visitors across its sites is 7.9 million. MailOnline remains its strongest competitor with 27.4 million unique monthly views (June 2015), ranking ninth in comScore’s Top 20 Digital Media Properties. The company’s response has been to reshape its digital strategy to focus more on consumer needs.

While Jones admitted that Dabbl isn’t strictly speaking ecommerce, it has been classified as the development of a “transactional ecosystem created through affiliates.”